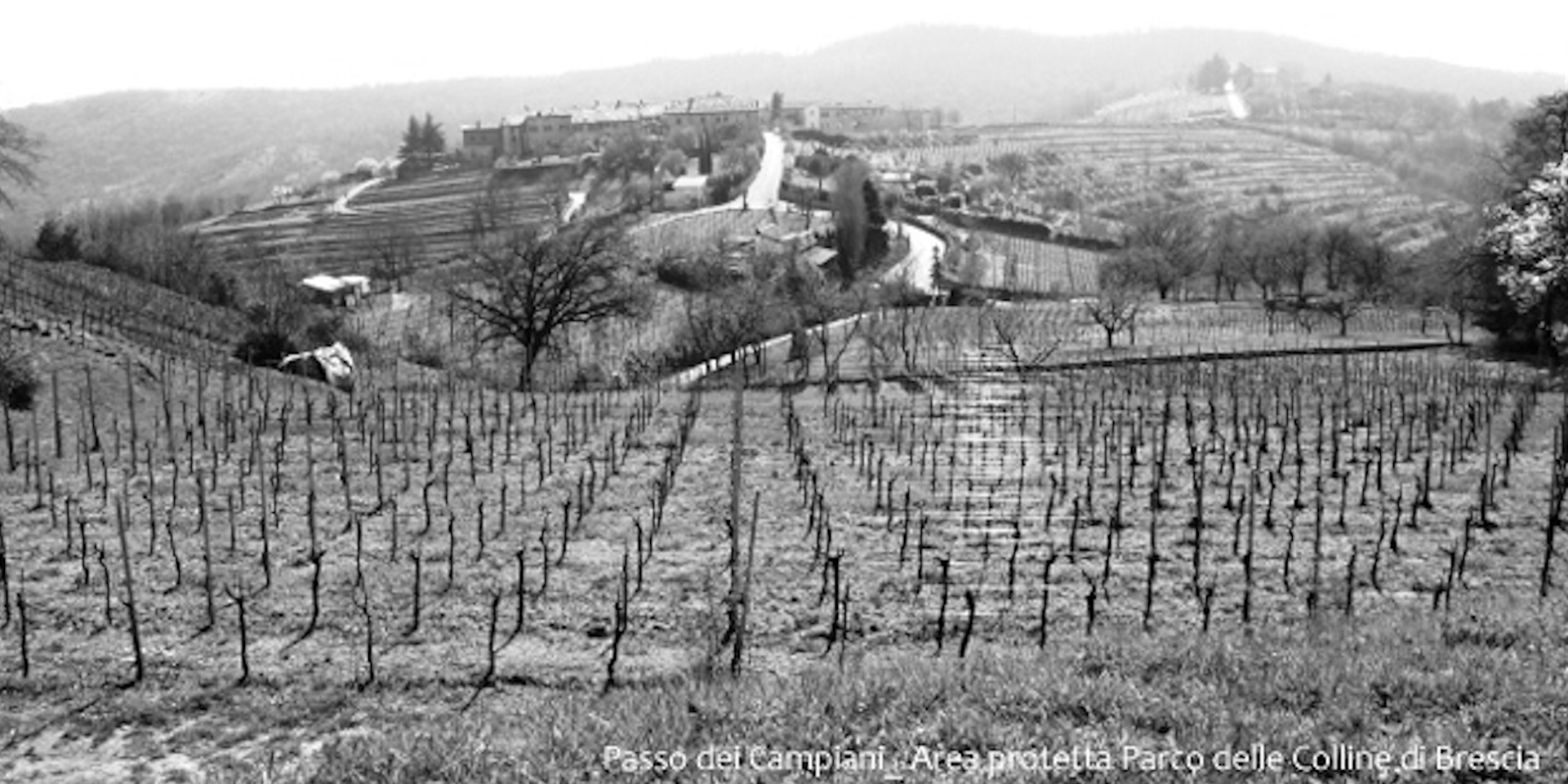 The origin of Cellatica and the story of Cà del Vént

The name "Cellatica" high likely comes from the Latin “cell”, whose meaning initially (before the X century) was “oratory or small church”, and then turned to identify “deposits of country fruits” probably regarding a "wine cell" of a monastery.
But the wine tradition of this land seems to have deep roots dating back even to the Celtic people.

Since the X century doctors, agronomists and scholars mentioned the wine Cellatica as a valuable wine of great affinity with Greek and Roman wines and thus exported to Milan and Rome.

In the XIII century, grapes from Cellatica were told as exceptionally big, juicy and tasty due to the special terroir they came from: a natural, sun-blessed, rocky amphitheater of hills made of limestone and clay facing noon, subject to total insolation and sheltered from the cold winds blowing from the north.

In the first half of the XIX century the Cellatica is one of the best-known and sold wine in the area of Milan, sold in taverns and inns as well as in the most important restaurants in the centre.

After the wars the low profitability of the land, the proximity of the city with greater opportunities offered by an expanding industry, induced farmers to leave these lands.

With the last decades, finally, the Franciacorta "bubbles" exploit turned many farmers' mind toward the fine sparkling white wine instead of the red traditional Cellatica ( this is the only area where two different D.o.c. - Cellatica and Franciacorta - overlap) decreeing a slow oblivion of the Cellatica after the hilights of the past...

In 1994, we established Cà del Vént willing to make our own wine instead of delivering grapes to the local collective winery (where small farmers with no equipment bring/sell their grapes).

In 1996, we got the first 5 barrels of red wine from autochthonous varieties, made just for our consumption, but already made with great determination. The lack of specific and technical equipment was the reason of simple and rather crude operation: the pressing of the grapes was made by hand with  sleeves  and in the garage, fermentation and maceration occurred in stainless steel tanks borrowed by a old winemaker from the neighborhood,  aging happened in barrels in the cellar and bottling was made by “falling "with a small rubber tube. Likely due more to luck than actual ability, the first wine Clavis 1996 turned out to be amazing. A full-body wine, with tannin, very clean and with great longevity.

During those years expectations were not disappointed, despite some problems with alcohol excess in 1997 and turbidity in 1998. We felt ready to convert the garden and the basement of the house into an attempt of a real winemaking company. In 2000 thus we expand the vinification room and we buy two small vineyards in the surrounding.

In 2001 we buy a small pneumatic press and we vinify our first 2000 bottles of Franciacorta. At the first tasting our opinion is less positive than it was with the red, the Franciacorta lacks elegance and the flavour  of wood is too clear and heavy.

In 2006, a little bit more experienced, the property reaches 6.5 hectares merging some neighboring vineyards and moving from an amateur to a small 6,5 hectars winery. We then begin to study the soils ending up in 2011 with the detection of 11 micro-areas (cru / land unit).

In 2015 we had our Franciacorta wines rejected by the tasting commission for the DOCG. They were said to be not suited to the appellation standard ( of taste.. formally they said they were "too rich and too complex"...). The DOCG was denied to 6 sparkling wines ( harvest 2008 and 2011 ) and later to the red wine Cellatica 2014. We decided therefore not to produce any wine labeled with the denomination ( although made according to an even stricter rulebook imposed by the appellation ).

So we walk alone and none of our wines needs to lean on any DOCG or DOC, it's just a Cà del Vént wine with its strong identity made by the soil and the season.